Now that the busy summer-fall season is over, I am working on a new project; in the course of which, the following composite has been required for the Advent hymn at Lauds, Vox ecce clara personat, AKA Vox clara ecce intonat. The only version found in Lutheran chant books before the Thirty Years War has the modified text, correcting some of the metrical weaknesses that would later be addressed more drastically in 17th c. revisions in the church of Rome (En clara vox redarguit). The text is from Bezelius' Magdeburg cathedral book (1613) and the tune according to its form in Lossius' Psalmodia. Since most translations are based on later or other versions of the text, alteration was necessary in order to produce a faithful rendering of the Latin. I began with Chamber's earliest translation "Lo! what a thrilling voice sounds forth," and utilized some solutions also from Copeland's better-sounding "Hark to the voice, whose thrilling tone," as well as Chambers' revised "Hark! what a thrilling voice invades." Needless to say, nothing was borrowed from the popular "Hark a thrilling voice is sounding" (or "Hark, a herald voice is calling"), despite its wide acceptance, because of its disagreement with the meter. 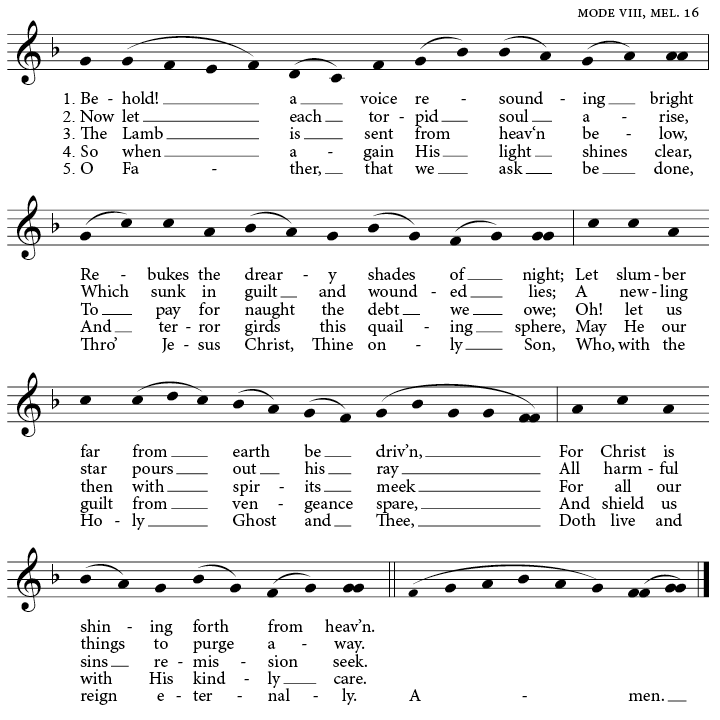 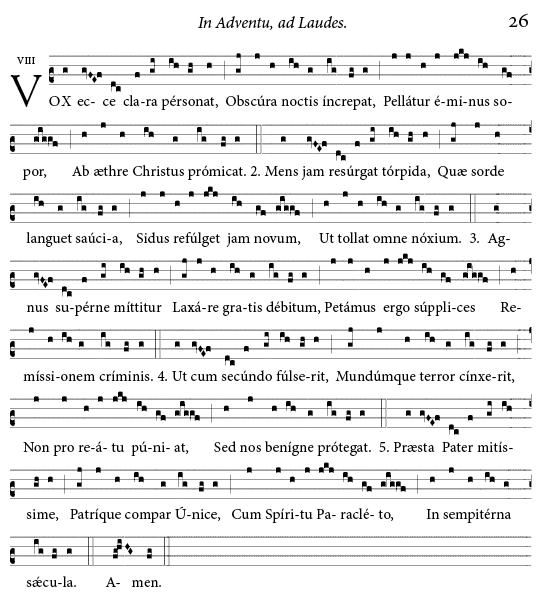